Gaming marketing is a very broad category based on the promotion of brands through gaming themes. Creating activations around esports broadcasts, cooperation with gaming influencers or dedicated formats are quite a well-known and very effective method of connecting brands with gaming. However, in order to accurately reach and integrate with the community, it is worth trying to reach the golden mean in the collaboration between the brand and the game world – that is, appear in the game itself.

We can distinguish two main ways of using games for advertising purposes – advergaming and in-game advertising. The first one says about creating a game from scratch for marketing purposes, by which the creation itself is an advertisement for a given product, brand or service. An example of such activity can be a browser game signed by the Old Spice brand, which in 2018 supported the “Get on the scented level” campaign aimed at gamers. However, the history of such actions is much older and already in the mid-eighties the Coca-Cola brand used the game Space Invaders for its needs and together with Atari, created a variation of this production called Pepsi Invaders. The game was produced in only 125 copies and distributed to Coca-Cola employees at a sales conference in Atlanta.

The second, definitely more frequently used strategy, is in-game advertising. It consists in embedding advertising content in existing games, and the field of possibilities is quite wide. This method can be a common selling of advertising space to display an advertisement, but it can also take on more engaging faces. An example can be productions of Triple-A, in which more and more often we can see product placement of a particular brand, just like movies from the big screen.

Examples? In the hit game Death Stranding the main character often appears with a can of Monster drink in his hand, in Need For Speed: Most Wanted the player uses Castrol Syntec oil, while to complete the title Alan Wake we have to use Duracel batteries to successively power the flashlight held by the protagonist. The phenomenon is also not alien to online games. Recently, the Polish clothing brand MISBHV, as the first brand from the real world, appeared in the game GTA V – both on the clothes of some characters of the storyline and as a virtual good for players. In addition, the Nike brand has been featured in the game Fortnite several times in recent years, and made its debut with a high-profile campaign promoting the Nike Jordan clothing line.

Can advertising activations around games be effective?? Definitely yes, if we take into account the dynamic development and changes within the community of players. The group of players is constantly growing, and with it the average age of the average player, while blurring the gender gap. We get the possibility to prepare an appropriate marketing campaign directly in the game or using its tools. To put it colloquially, it’s nice to speak to the players in their language, and even better to appear where they are – in the game.

Fantasyexpo gaming agency, which for years has been using different variations of this solution in its advertising campaigns, realizes the importance of implementing advertising content inside the game. It is worth adding here that there are few such cases on the market, and cooperation of this type requires a very good knowledge of the game market, the mechanics of operation and the relationship and understanding of the community. In 2020, promoting the Monte Snack #BRB Cup event, which the popular snack brand organized for the Polish community League of legends, The message about saving appeared directly in the game client. Thanks to this, the information goes directly to people from the expected target. This type of activity resulted in record-breaking interest in the games, which attracted a total of over 10,000 players. 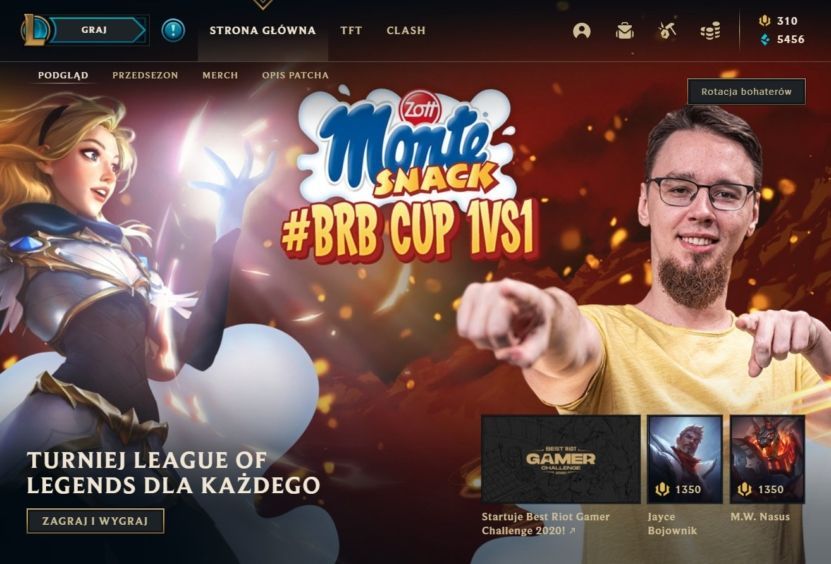 Similar activities have also been prepared for PLAY Polish Mobile League – Poland’s first dedicated platform for mobile gamers. In this case, also information about the tournament, appeared in the main menu of the game. We are talking about Brawl Stars, a huge mobile title known to millions of players around the world. The effect was similar to that of League of Legends. The agency has decided to conduct similar activities in previous years promoting, among others, Polish Esport League or FantasyExpo Challenge platform. 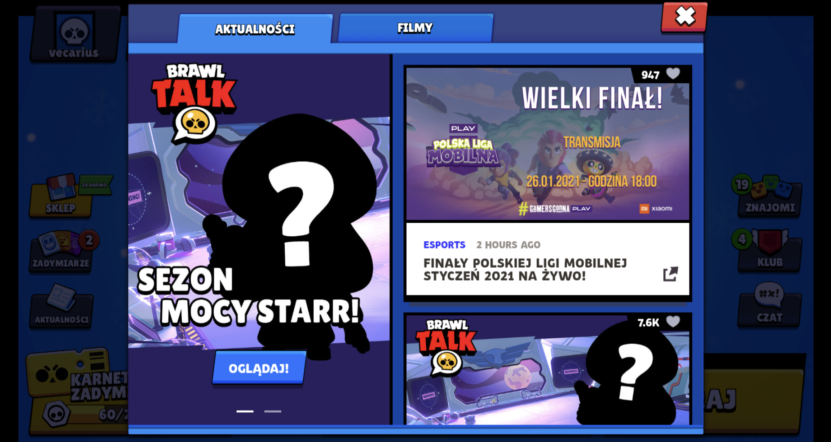 Action deserves special attention “KFC on CS:GO maps”. The campaign was conducted twice – the second edition was awarded a silver statuette in the MIXX Awards 2020 competition for the innovative approach to brand communication in the Games/Esports category, while the first edition of the campaign took second place in the Polish Esport Awards poll. The award in the plebiscite turned out to be especially important, because the people from the main target group of the campaign, themselves chose it as one of the best campaigns of the whole year. Activation was based on the environment of one of the most popular games in the world – Counter-Strike: Global Offensive, where on the maps well known to the players, subliminal graffiti with discount codes and advertising slogans referring to the brand KFC was implemented. Players were often faced with the dilemma of whether to gain frags in the game, i.e. points, or maybe search for codes entitling to discounts in restaurants. In addition, for the purposes of the action, a gamer bucket was prepared, which was ordered on average every 4 minutes during the games. Reaching players more than doubled the target set by the customer. 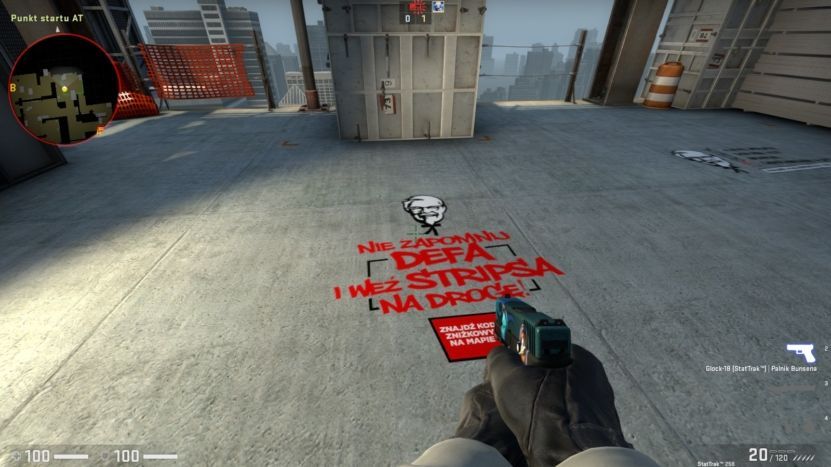 Another example of the implementation of brands in the game is the implementation of simracing races in the game Assetto Corsa for the nSport platform+. Perfectly reproduced tracks familiar to motorsport fans are just perfect for branding, very close to what we see in traditional racing. Additional possibilities of painting the cars give the brands that sponsor players a chance to appear. This method was used by Canal+ TV, which during the first lockdown in 2020, decided to supplement the spring schedule with electronic sports, filling the gap left by completely suspended sports.

Also noteworthy is one of the actions from Epic Games, which resulted in a love affair between music and the game Fortnite. In one of the updates in the game appeared cars with the possibility of listening to the radio in them. In the Polish language version, Żabson and Borixon played the role of “DJ Bitboxxx”, i.e. a person hosting a radio program, and lent their voices, recording issues appearing between songs. Rappers are considered to be the greats of Polish rap, and Borixon has been a part of the Chillwagon group for years.

On the examples mentioned above, we see ideal possibilities of placing any message in games, in which we have experience gathered over the last years. It’s worth adding here that the agency’s employees, living in total symbiosis with the gaming market, have the necessary competences and relations to know who plays what, when and why they love the games they play.