Skip to content
HomeBlogKFC on CS GO 2 maps, or how to run an in-game advertising campaign

KFC on CS:GO 2 maps, or how to run an in-game advertising campaign

The aim of the campaign was to precisely reach the target audience through dedicated actions. All activations had 3 strategic goals – increase brand awareness in the gaming environment, create a competitive advantage and have a significant pro-sales impact. The fundamental questions that arose during the development of the strategy were where to meet players, what media they use, what habits they have, and how to communicate with them. The language of the players is quite specific and incomprehensible to the average internet user, so communication issues were a priority.

KFC on CS:GO 2 maps is an innovative approach to communication, which uses one of the most popular games in the world – Counter Strike Global Offensive to reach a group of players and esports fans.

The target audience was divided into smaller groups: heavy esports (people who consume esports-related content), casual gamers (people who play CS:GO), and new players (people interested in esports and gaming in general without a clear preference). This division allowed us to plan a multi-level communication, which made the outreach much more effective and efficient.

Due to specifics of the target group and knowing its habits, the whole KFC campaign on CS:GO 2 maps was focused on digital activities. In this area, you will need to implement appropriate graphics on dedicated servers, social media communication and cooperation with gaming influencers.

To reach players and fans of esports, the most popular CS:GO streamers – active commentators or former players who have a reputation in the community were involved. The choice fell on the creators associated with the brand ambassador – Saj, that is Izak, Pago and Lehem, who are friends in private. This resulted in a very good reception in such a hermetic group, which are CS fans. The onus was on them to attract players to the servers.

The main aspect of the campaign and leading creations were graphics in the form of graffiti inside the game. The creations had to clearly refer to the game itself, products served in KFC restaurants and ambassadors of the action. On the maps you could see graffiti with a bucket and next to it the word full or wings and the word eco – which in the jargon of CS:GO players means full purchase of equipment (full) or economic purchase (eco).

The maps also featured silhouettes of influencers in distinctive bolo ties, creatives with the gamer 1337 bucket and brand-referencing messages: „don’t disarm bomb hungry” or „kevlar clutch frag”. In addition, hidden codes giving 25% discount on online orders could be found on the maps.

Daily challenges awaited players – they could play them with influencers. The challenges were directly related to the brand and the Counter Strike game environment, and they were: Drive yourself frags, Aim like a Colonel, Live like a Longer and Hot like a breadcrumb. Prizes in the challenges were KFC vouchers. The games were promoted on influencers’ social media channels as well as on Twitch. 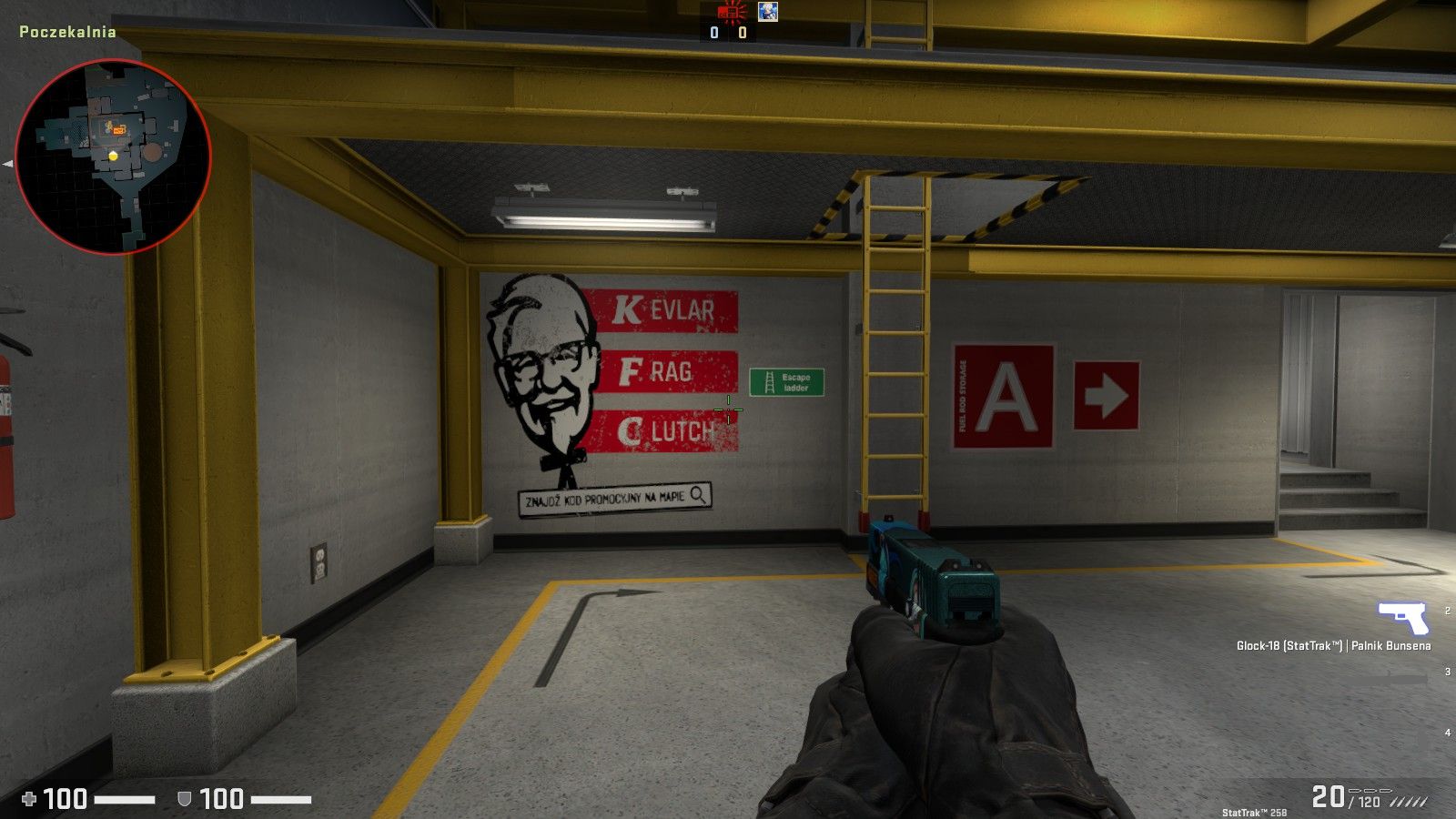 Complemented the activation by creating a dedicated product for gamers – gamer bucket 1337. The numbers 1337 are no coincidence – in the nomenclature of players they mean „Elite”, that is, a player at a high level of skill and meant the composition: 1x leg, 3x hot&The recruitment for the fourth edition of the Dare IT mentoring programme for women has started.). Until now, no one has created such a personalized and accessible in selected circumstances product for this group.

The KFC campaign was very positively received in a community that is very hard to please. This type of activation is often met with negative reactions and heckling. A total of 25,623 players played on specially prepared maps and servers. Challenge broadcasts were viewed for over 50,900 hours in total. All these activities generated significant traffic in the chain’s restaurants – a Gamer 1337 cup was ordered every 4 minutes during the campaign, and the Polish gaming community will not soon forget about it.

KFC innovation on CS:GO 2 maps is the implementation of promotional messages of the client in the game environment in an organic way. This treatment ensured that players and viewers remained in a familiar environment that was tailored to achieve the campaign objectives. A total of 40 servers were prepared and 11 of the most popular maps were personalized with hidden subliminal graffiti. Gamers repeatedly faced a difficult choice – whether to get frags or look for hidden images and discount codes.